Martial Arts as a whole are often shrouded in mystery with an ever present degree of highly political infighting.
Jeet Kune Do is no exception, despite being developed in relatively recent times by THE greatest modern Kung Fu superstar and the existence of such a tremendous amount of physical evidence and documentation.
It’s interesting how many of the more ancient arts have histories that tend to develop a life of their own, changing with time and the people practicing it.
The true history and meaning behind the art tends to change from teacher to student and eventually evolves into something entirely different.

If it’s ancient, it’s true
Within the Chinese culture, it’s common to distort “ancient history” by attributing certain accomplishments to mythical figures, gods, dragons, immortals, etc.
The more ancient and mythical a story is, the more weight and truth it has.  Makes perfect sense! The lost art of Jeet Kune Do 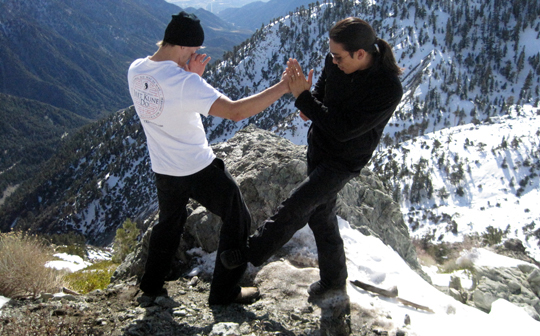 The real question, is why and how is this happening with Bruce Lee and Jeet Kune Do?
Why is there so much disagreement about virtually everything within the martial art.  Why is it so difficult to separate genuine Jeet Kune Do flag bearers from the Trojan horses and paper tigers? It’s been less than 40 years since his death, and many of this first generation students, friends, and family are still living.  There are volumes upon volumes of his published notes and countless hours of authentic Bruce Lee footage.

Why then is there so much confusion as to who he really was and represented. Much of this remains a mystery, but there are three primary elements that seem to fuel the “Lost Art” phenomenon within Jeet Kune Do.

The solution How can we, as martial artists, solve this dilemma and help preserve Bruce Lee’s original Jun Fan Gung Fu and Jeet Kune Do for future generations?

Personally, I model my actions after my mentors at the Wednesday Night Group, reigning in political issues and focusing on what counts — preserving and promoting the art of Jeet Kune Do. Walk on!

Injuries can be some of the most frustrating obstacles a Martial Artist, or anyone for that matter, can come across. Given that most reality based or combat sports Martial Arts training involve explosive, high energy activities that involve hitting and getting hit,...

END_OF_DOCUMENT_TOKEN_TO_BE_REPLACED

The modern martial arts mysteryMartial Arts as a whole are often shrouded in mystery with an ever present degree of highly political infighting. Jeet Kune Do is no exception, despite being developed in relatively recent times by THE greatest modern Kung Fu superstar...